Cardiff BookTalk continues its exploration of science fiction and fantasy this semester with a very special evening celebrating the legacy of the great American novelist, poet, and essayist Ursula Le Guin.

This year marks half a century since the first publication of A Wizard of Earthsea, now regarded as a classic of fantasy and children’s literature. Following Le Guin’s passing last January, we’re taking the opportunity to revisit A Wizard of Earthsea and to explore Le Guin’s impact as a pioneering author and an important feminist thinker. 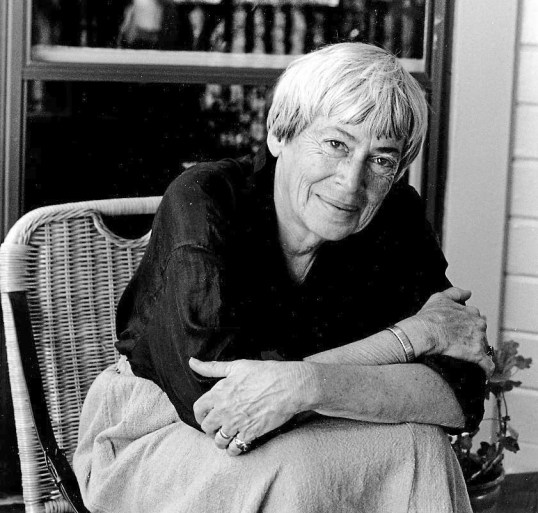 Three expert speakers from across the UK

We are excited to host three world-leading experts on Le Guin, hailing from Glasgow, York, and Cardiff. They will pay special attention to what Le Guin meant to writers and readers across the late twentieth century and into the twenty-first—as well as on the lasting importance of her work across several genres.

Dr Dimitra Fimi is Lecturer in Fantasy and Children’s Literature at the University of Glasgow. She will explain how A Wizard of Earthsea (and the Earthsea trilogy as a whole) broke the rules of fantasy literature that had come before, challenging the medievalist, Euro-centric tradition associated with J.R.R. Tolkien and opening the way for the more diverse fantasy narratives we see flourishing today.

Dr Liesl King is Deputy Head of Humanities, Religion and Philosophy at York St John University. King will explore passages in A Wizard of Earthsea which evoke the poetry of Lao Tzu, the founder of philosophical Taoism, and especially Tzu’s sense of how coming to terms with one’s mortality might serve as a portal to deep peace and understanding. King will also give us an insight into an online magazine she launched in 2017, which is dedicated to Le Guin’s work: Terra Two: An Ark for Off-World Survival.

Dr Catherine Butler is an author of fiction for children and young adults and Senior Lecturer in English at Cardiff University. Le Guin is almost as well known for her essays as for her fiction, but Butler will suggest that Le Guin also used her fiction as a medium of critical thought. Butler’s talk will consider Tehanu: The Last Book of Earthsea (1990), Le Guin’s feminist deconstruction (and reconstruction) of the world of the original Earthsea trilogy.

The evening will begin and end with readings of two of Le Guin’s poems by local Cardiff poet (and BookTalk volunteer) Christie Collins—one from Le Guin’s first collection of poems, Wild Angels, and one from her last collection, So Far So Good, completed shortly before her death.

The format of the event

The speakers will present and there will be plenty of opportunity for audience questions and discussion. You may like to read or reread A Wizard of Earthsea prior to this event.

As usual, the main event will be preceded by a reception with tea, coffee and biscuits at 6.30pm in Cardiff University’s School of Optometry and Vision Sciences, Maindy Road, Cardiff CF24 4HQ.

All welcome! Book your free tickets via Eventbrite.